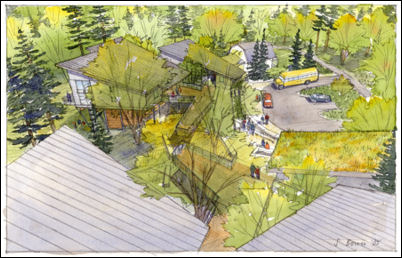 The Mercer Slough Environmental Education Center is operated under a joint agreement between the Pacific Science Center and the City of Bellevue.

Over the past 13 years, more than 8,000 students a year have learned about the natural environment at the MSEEC, and the demand continues to grow. The current facility has reached its capacity, and there is no space or facility for additional classes.