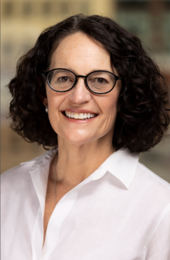 City Manager Brad Miyake announced Tuesday the hiring of Diane Carlson as a deputy city manager. Carlson comes to the city with a long and impressive resume in public administration and government relations. Most recently she served as the capital division director for King County Metro.

“Diane Carlson is an effective, proven leader and I’m excited she’s joining the City of Bellevue in the deputy city manager role,” said City Manager Miyake. “As Bellevue continues to take on a number of opportunities and challenges during this unique time, I look forward to leveraging Diane’s talents.”

A Bellevue resident, Diane and has strong roots in the community and region. From 2002 to 2012, she served as the city’s government relations director, before taking a position with King County. She led regional initiatives for the Office of County Executive Dow Constantine for over six years before taking over Metro’s capital division. Prior to working for Bellevue, Diane worked for the state Department of Transportation as director of planning, advocacy and initiatives, and for the Association of Washington Cities as senior manager for transportation.

Mike Brennan, who stepped in to help the City Manager’s Office earlier this month, will continue to help with the transition. Carlson’s first day on the job will be Monday, April 4.