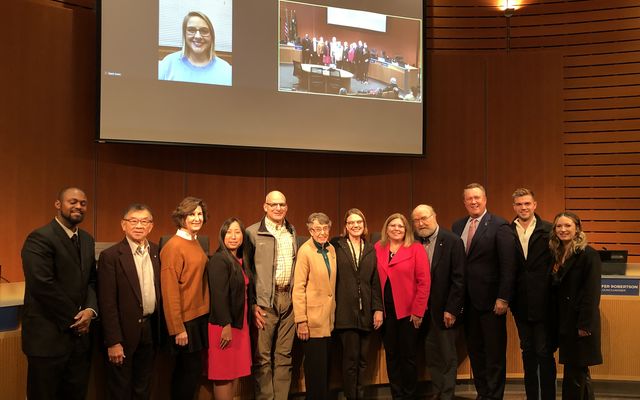 On Monday, the City Council was presented with a draft interlocal agreement with the City of Redmond to cooperatively develop a Tourism Promotion Area (TPA) as a way to generate additional revenue to support growth in the tourism economy and visitor spending for tourism in our area. This strategy is one of the key objectives of the city’s five-year Economic Development Plan.

Over the last year, Visit Bellevue has worked with city staff and hoteliers on this effort. To fund the joint TPA efforts, the five-year interlocal agreement outlines the collection of $2.50 per room night from hoteliers in Bellevue and Redmond, with money being spent in the jurisdiction where it is collected. The agreement also stipulates the TPA will have an advisory board made up of hotelier stakeholders. The state requires that 60% of rate payers be in favor of the TPA through a petition. Currently, Bellevue’s petition has 80% of rate payers in favor with no formal opposition to the plan.

The TPA is expected to generate $3.5 million in its first full year of existence and the funds can only be spent on tourism promotion efforts, such as promotion for events and cultural activities, outdoor recreation opportunities, culinary destinations and other activities that help generate additional hotel room nights.

The council voted unanimously to move forward with continued TPA development efforts, which will include a public hearing. The full discussion is available on Bellevue Television replay and the draft agreement can be found in the meeting materials.

Later, the council considered a resident application to enroll a portion of private property in the Bridle Trails neighborhood into King County’s Public Benefit Rating System Open Space Classification program. In September, a public hearing was held on this application, and Councilmembers requested additional information.

Councilmembers asked questions about the criteria outlined in state law, the impact on city revenue and staff’s analysis of the application. The council voted 4 to 3 to deny the application, directing staff to bring back a resolution for final denial of the resident’s application later this month.

The full discussion and vote are available on Bellevue Television replay.

In other business, the council commended the city’s Finance & Asset Management director, Toni Call, as she moves on to another role after 11 years with the City of Bellevue. Her family was on hand to join her in accepting the commendation.

“As I leave the city, I am honored to say this is an incredibly well-run city, and I am so thankful that I had the opportunity to participate and work in it for as long as I did,” said Call. “Thank you for letting me serve you.”

City Manager Brad Miyake added, “You have been a valued part of the city’s leadership team, always bringing your best game to the table … and always seeking to meet the best interests of all, and strategically planning for the city’s financial future.”

Call and the city’s finance team just recently wrapped up the 2023-2024 Budget process, with council adopting the budget on Nov. 21.