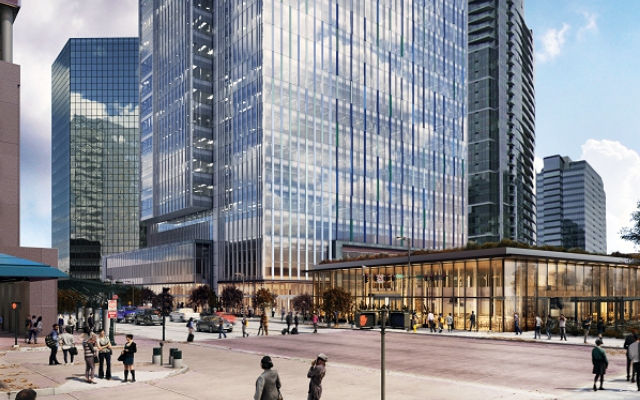 The presentation noted that 2018 was the continuation of the current record-setting development cycle – an unprecedented boom. Last year’s activity included:

The discussion highlighted future city tools for customers, including the creation of “Building Bellevue,” which will provide easy access to information about major projects. Other resources recently launched include an online permit fee calculator and help videos for customers. Development Services is also taking the final steps in a multi-year initiative to go 100 percent paperless with construction and development applications.

Additional background on Bellevue’s development activity can be found in the agenda packet materials.

Christie True, director of King County Natural Resources and Parks, briefed the council on the county’s proposal for a six-year parks, trails and open space replacement levy for 2020-2025.

The proposed levy includes about $50 million for the Eastside Rail Corridor projects – many of which are in Bellevue – and $4.4 million over the life of the levy for the city’s parks.

The current levy will expire at the end of 2019 unless voters approve a replacement. For the measure to be placed on the August ballot, the County Council must take action on the proposed levy ordinance by April 30.

The first four-year King County parks levy was approved by voters in 2003 to support operations and maintenance of regional and rural parks. It was renewed and increased in 2007 and again in 2013 to support both operations and expansion of parks, open space and trails.

More information on the proposed levy can be found in the agenda packet materials.

To wrap up the night, councilmembers were briefed on Bellevue’s first-ever Vision Zero Summit, which took place in February and featured traffic safety experts from across the nation. Vision Zero is the city’s ambitious effort to eliminate traffic fatalities and serious injuries on city streets by the year 2030.

The event featured remarks by the state Secretary of Transportation and an announcement about a new partnership, called Tune-in/Not Out. On hand were Bellevue’s deputy manager, the superintendent of the Bellevue School District, the president of Washington DECA and a student DECA officer from Interlake High School.

Tune-In/Not Out aims to raise awareness about distracted driving among teenagers and reduce impacts from it. In Bellevue, one in four drivers involved in a fatal or serious-injury collision is under 25 years old, though young people of driving age, 16-25 years old, make up only 10.6 percent of Bellevue’s population. Find out more about the partnership in a Bellevue Television-produced video.