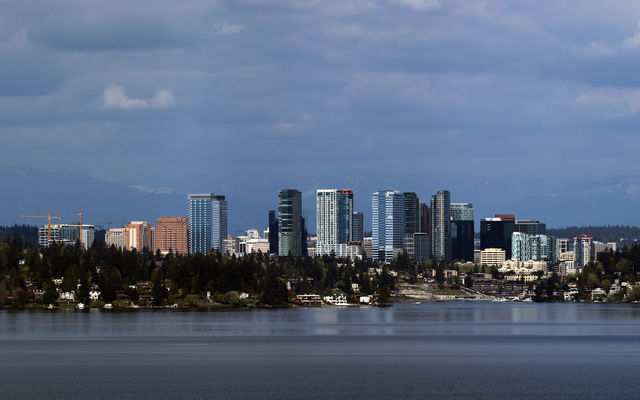 On Monday, the City Council received a report detailing the current considerations, timeline and forecasts for the 2023-2024 operating budget and the 2023-2024 capital investment program (CIP) as the city begins to develop preliminary budget recommendations.

The budget report focused on the significant impacts of inflation affecting all service areas in the city. In Bellevue, inflation rose to 6.3% in fiscal 2021. It is expected, though highly uncertain, that inflation could be between four and seven percent in June, when the year-over-year rate is calculated for the 2023-2024 budget assumptions.

During the 2023-2024 budget cycle, city expenditures – driven by urbanization and inflation – will outstrip revenues, a structural deficit that was expected and has been shared in prior budget forecasts. Councilmembers discussed strategies for sustainably overcoming the imbalance through cost containment measures, new revenue sources and partnerships, or one-time use of reserve funds.

A new component to the budget process this year is the development and testing of an equity lens to incorporate equity-informed decision-making into the biennial budget along with fiscal, performance and community inputs. This concept builds on the equity work being done across the city to achieve service delivery that is responsive and accessible to all in the community.

Criteria for development of the General CIP budget were discussed as well. The seven-year CIP funds major capital investments for quality-of-life projects such as neighborhood parks, critical city facilities, major planning processes such as the comprehensive plan and infrastructure projects. The current criteria used to evaluate potential CIP projects include effectiveness, legal requirements, long-term financial success, urgency of a project and whether the scope and scale of a project is appropriate at this time.

The report also included a review of the Parks and Open Space System Plan including common themes from public outreach, capital needs as well as current and potential funding strategies. Council will receive further information incorporating councilmember feedback at a later meeting and a draft Parks Funding Strategy is expected to be ready to present to council later this year.

In the coming months, three public hearings will be held, further public engagement opportunities will be available on the city’s budget web pages, and further reports will be given to councilmembers, boards, commissions and the public before the council is expected to take action on the City Manager’s preliminary operating and CIP budget proposal in late September.

This week’s full budget discussion is available through Bellevue Television replay and the full presentation, including initial budget documents, is available in the meeting materials.