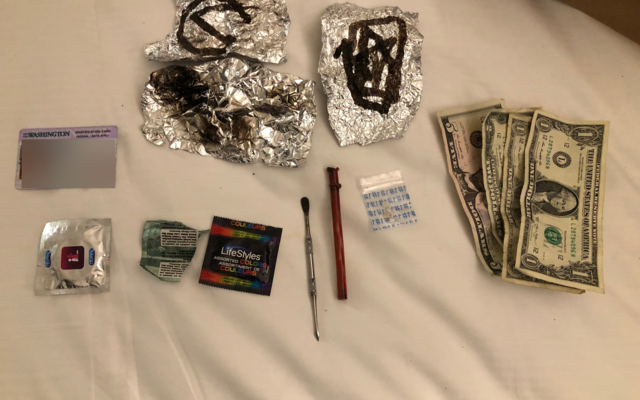 A two-night undercover vice operation helped recover three juvenile sex-trafficking victims and connect them to immediate services. On December 16th and 17th, the Bellevue Police Department conducted the operation after seeing an increase in commercial sexual exploitation and escalated violence associated with this type of crime in King County. Bellevue detectives worked in partnership with the FBI Seattle, King County Sheriff’s Office, and the King County Prosecutor’s Office for this crime prevention operation.

In total, detectives arrested 14 males for Patronizing a Prostitute, one male for illegally possessing a firearm, one male for Human Trafficking and Promoting the Commercial Sexual Abuse of a Minor, and one female for investigation of Promoting Prostitution. Three minor sex trafficking victims were taken into protective custody so they could access treatment and resources under our state’s recently strengthened Safe Harbor laws. Additionally, officers confiscated the loaded firearm that was illegally possessed.

“We were able to recover three minor females and get them help. One of the minors told a social worker the arrest probably saved her life,” said Captain Dave Sanabria. “Sex traffickers target the most vulnerable; children, women of color, and members of the LGBTQ+ community. We are committed to investigating and arresting traffickers and sex buyers for the harm they cause,” Sanabria added.

Traffickers groom their victims to hide their ages and vulnerabilities from sex buyers. Sex buyers increase the demand for trafficking victims through their actions. They frequently come from privileged communities and typically cannot tell if they are buying sex from a trafficking victim.

If charged with the misdemeanor offense Patronizing a Prostitute, the City of Bellevue Prosecutor will ask the judge to order the offenders to complete a ten-week program called “Stopping Sexual Exploitation” offered through Seattle Against Slavery. This program is based on the principles of social justice and personal transformation. It is designed to help men understand their behavior and promote their own decisions to not buy sex.

During the operation, detectives also contacted numerous prostituted adults to offer them services. “We will continue to work with service providers and advocates to reduce harm and help anyone who wants to leave the life of prostitution,” explained Sanabria.

The King County Prosecuting Attorney’s Office filed rush felony charges of Human Trafficking in the Second Degree and Promoting the Commercial Sexual Abuse of a Minor in King County Superior Court against Malik Franklin, the alleged sex trafficker of two of the recovered female minors. Franklin is currently being held in the King County Jail on $200,000.00 bail. He will be arraigned on December 30, 2020.

If you or someone you know is a victim of human sex or labor trafficking, you are encouraged to contact Bellevue Police at ViceHT@bellevuewa.gov. Call 911 if you are in immediate danger.