Bellevue's City Hall embodies the city's commitment to service, innovation and transparency. Since it opened in 2006, the downtown building has won numerous awards. More importantly, it is a convenient and even uplifting place for customers to do business with the city and for residents to participate in government.

Acquired from Qwest, the 350,000-square-foot building was transformed with extensive renovations from a utilitarian fortress built to house telecommunications equipment into a vital and attractive public resource, an innovative civic center noted for its aesthetics and functionality. With its sharp angles and distinctive terra cotta and silver color scheme, City Hall is a pleasing change of pace among many modernist high-rises.

The Seattle chapter of the American Institute of Architects issued Bellevue a merit award in 2008, noting that the renovation of City Hall was "an insightful and successful transformation of a drab, former telecommunications building into a state-of-the-art public amenity." Dramatic public art adds beauty while telling a story. 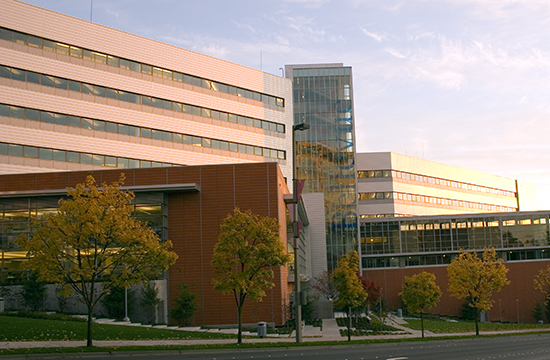