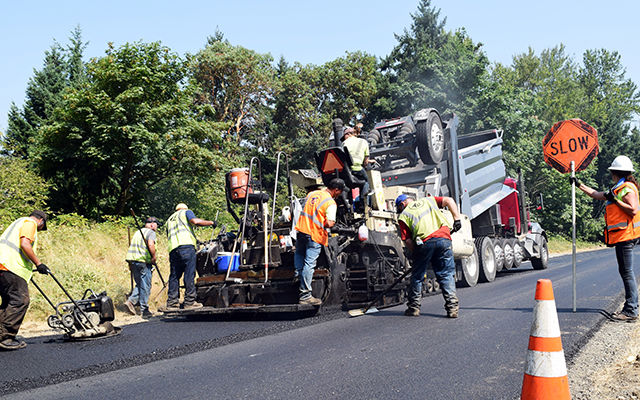 Road construction season has kicked off in earnest, led by the city’s annual repaving effort.

This year, approximately 40 lane miles of roadway are scheduled for resurfacing around the city, which includes work carried over from last year. The historical average is around 20 lane miles per year.

In the Eastgate area, contractor Watson Asphalt Paving already has resumed projects it began in 2018. In a few weeks, Lakeside Industries is anticipated to begin improvements programmed for 2019, mostly in north Bellevue.

In addition to restoring smooth roadway surfaces, other improvements will include:

Now in its 33rd year, the Pavement and Bridge Management Program (formerly called the Overlay Program) uses biennial pavement condition surveys and analysis systems to prioritize which streets and sidewalks should be repaved in a given year.

This strategy saves money in the long run by avoiding the need for a complete roadway reconstruction, which can cost several times more than repaving. The program’s yearly budget, typically in the $5 to $7 million range, also covers bridge inspections and maintenance.

Since 1990, more than 790 lane miles of roadway have been repaired or resurfaced as part of the program. Throughout the city, there are approximately 1,100 lane miles of asphalt roads.