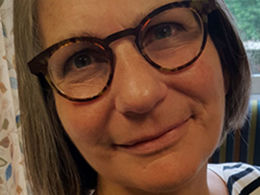 Betsi was elected in November 2013. She is dedicated to understanding the concerns of the East Bellevue constituents who elected her, helping resolve their issues, as well as helping them better understand and work with the various governmental processes.

Betsi graduated from the Bellevue Essentials program in 2014, and was introduced to the City of Bellevue's various departments, boards, and commissions. She learned about Bellevue's One City initiative and met citizens and staff that can aid her constituents. She has attended a wide variety of board and commission meetings throughout the past couple of years and made presentations to the boards and City Council as a private citizen raising awareness of the concerns of East Bellevue constituents, as well as informing those bodies of her decision making process in voting, especially the vote disapproving the Puget Sound Energy permit to build transmission lines along 148th Avenue.

She was selected to serve on the King County Transit Long Range Planning Citizens Committee 2015-2016, meeting with citizens from around the County and helping to formulate what transit may look like in the future.

Betsi and her husband Jeffrey moved to Sunset Ranch in 1990 and have raised their four children there. She is a Bellevue native, graduating from Bellevue High. She holds a BA from Seattle University, and an MBA from the University of Puget Sound.

Betsi has been an active member at St. Louise Catholic Church, serving on the Parish Council in 2008. Betsi previously worked in the retail lumber business for nearly 30 years, and was involved in industry and civic organizations in Renton.